I wasn’t going to do a Valentine’s Day/romance-themed post 1) because I suck at writing romance in general and 2) because Valentine’s Day is a hallmark holiday and doesn’t deserve such treatment (and it’s NOT because I’m always single on Valentine’s Day, I swear).

But, I saw all these cool ideas about doing blog posts on non-heteronormative romances and, since I write a few gay and bisexual characters and have noted a few things in other books, I thought we could tackle YA fantasy’s aversion to gay characters.

This is a post that attempts to take the known TV/movie phenomenon of queerbaiting and apply it to fiction–specifically, YA fantasy. If the term “queer” offends you, this is your warning that it’s going to be used here. Because I’m not a huge fan of the term myself, I will often be using LGBTQ as a shortened version of LGBTTQQIAAP for brevity.

According to Urban Dictionary, queerbaiting (also spelled as queer baiting or queer-baiting) is defined as:

When people in the media (usually television/movies) add homoerotic tension between two characters to attract more liberal and queer viewers with the indication of them not ever getting together for real in the show/book/movie.

The absolute best examples of this are from Supernatural and Sherlock.

Supernatural: If you have ever even heard the term “Destial” to describe fans of Supernatural shipping Dean and Castiel together, you are aware of the show’s blatant queerbaiting. The evidence that Dean is bisexual is overwhelming and the relationship between Dean and Castiel was often written, directed, and shot using romance tropes and techniques (Misha Collins has reported he was told to play Cas as a “jilted lover” when in a quarrel with Dean).

Sherlock: In the very first episode, Sherlock is established as gay but the ONLY person he ever hooks up with is Irene Adler who is a self-proclaimed lesbian. Sherlock and John are also written with many of the same romantic tropes that should identify them as more than friends–in fact, John has to repeatedly deny that they are anything but friends and roommates.

Queerbaiting is a problem because of a widespread lack of representation of LGBTQ individuals (did you see that whole acronym up there? A few shows with two dads isn’t going to cut it). To tease a queer relationship and never follow through (or, in the cases of both Supernatural AND Sherlock, to have the writers and producers expressly deny any possibility of such) is harmful to the community and helps reinforce stereotypes.

Queerbaiting in YA Fantasy

Does queerbaiting exist in fiction? I think so but in a slightly different way. I’m going to narrow my scope to YA fantasy because I read in that genre the most.

I would change the definition a little bit to something more like:

Books in which minor characters, usually sex workers, have slept with members of the same sex but only heterosexual relationships and attractions are written into the story.

To elaborate, I have to call out a specific book: Queen of Shadows by Sarah J. Mass. Now, this is not a bad review of the book. I encourage you to read this series. It is a NYT bestselling series, the covers are gorgeous, and I’ve learned quite a bit as a writer from it.

In this latest book, the 4th of what will be a 6-book series, a new character is introduced who mentions that she has slept with women in her role as a consort and found it enjoyable.

However, even though she interacts often with the protagonist, who is so amazingly sexy that each MC who is also male has fallen for her, this new character who enjoys sex with women never shows interest–in the protagonist or any other woman (who, admittedly, are few).

Queen of Shadows is one example. I’ve noticed in several series that include sex workers as main characters, that the author will often insert one or two lines about that character having sex with people of the same sex as part of their work. This allows the author to write in queer undertones without actually having queer characters. Because the fictional world contains people who are gay (the customers), it is often used as a placeholder for representing gay characters.

So when the sex worker in question expresses fondness for intimate relations with the same sex but then never shows a penchant for it again…it feels like I’m watching Dean check out a dude’s butt but the show will never, ever write him as anything but straight.

The Throne of Glass cast is huge and likely only going to grow. The story is basically a series of romances set in a fantasy world. There is no reason a non-heteronormative relationship could not exist here. But it doesn’t currently and I’m not holding my breath.

But it’s not just Throne of Glass. Queer representation is excluded, teased, or kept to the minorest of minor characters and passed off as real representation in the vast majority of YA fantasy–and, in fact, the fantasy genre in general.

Initially, I wrote in a bunch of excuses for YA fantasy and then I realized that was utter nonsense. The only reason YA fantasy barely represents LGBTQ interests is because the authors don’t write them or the publishers don’t publish them. Nothing about the genre dictates cisgender, heterosexual people run the show.

And, just as representation of various races, religions, sexuality, etc. in movies and TV is important, so is diversity important in fiction. To put it simply: If you can’t see it, you can’t be it. Basically, if you are gay and you never get to see a gay person being the hero but, instead, always the sassy gay friend or the sidekick, you might start thinking you can’t be the hero–and society will agree.

What About My Work?

SAAFire, the non-title of my work-in-progress, features 2 gay men, 2 bisexual girls, and one lesbian in the main cast alone. In the current draft, there will be 2 queer relationships and 2 straight ones.

It didn’t start that way. You know how I got my main gay couple? I had two dudes who were bros and decided to make them a husband and husband. My MCs are bisexual–one will hook up with a boy, the other with a girl. And, because of queerbaiting in fiction and a lack of representation, I’m already coming up with the answers to “Why did you decide to have bisexual/gay characters?”

“Because those are the fabulous characters (said with ultimate sarcasm).”

“I’m sorry, I don’t understand the question. Are those not real attributes?”

“I think the real question is, why did I decide to have straight people (laugh loudly)?”

“Don’t you want to know why one of my MCs is blind? Usually people ask me that. They’re both dumb questions, though.”

I am now taking suggestions for other possible answers.

That’s it for me and my strange twist on a Valentine’s Day post. For a list of books in sci-fi and fantasy that do contain LGBTQ characters, check out these links:

Diversity by the Numbers

and lots of others available via Google.

I write YA science fantasy, read and review books, and do a LOT of Kung Fu. Queer, Earthbender, Slytherin, Jew-ish, she/her. Find me on Twitter at @RKaneWrites or Instagram at books_and_dogs. View all posts by Riley Kane 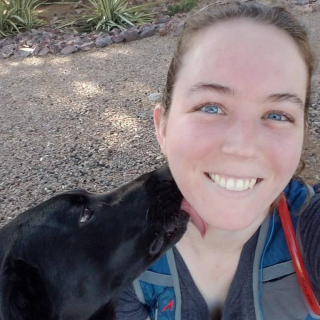 I write YA science fantasy, read and review books, and do a LOT of Kung Fu. Queer, Earthbender, Slytherin, Jew-ish, she/her. Find me on Twitter at @RKaneWrites or Instagram at books_and_dogs.